Each year, an alarming number of pedestrians under the age of 14 are severely injured or killed in pedestrian-hit-by-car (PHBC) incidents. These PHBC rates are particularly high in the State of Florida and in its largest county, Miami-Dade.

Phase I - 2001
WalkSafe began in 2001 with the formation of a task force of community educators and partners to review historical pediatric injury data from Jackson Memorial Medical Center and the Ryder Trauma Center, in an attempt to locate the cause of these injuries. Evaluation of this data led to the conclusion that over 71% of PHBC incidents involving children between 5 and 13 years of age took place in the vicinity of elementary schools.

Phase II and III - 2001-2002
The WalkSafe Program was created in 2001 to counteract the high rate of PHBC incidents in children.  The educational curriculum was designed to measure the effectiveness of crosswalk education on students.  With the assistance of the Miami-Dade County School Board, four schools within two high-risk districts were chosen for the first pilot. The results showed a positive increase in knowledge among students who received the curriculum intervention.

Phase IV and V - 2003
The program expanded to 16 additional schools in the Liberty City area in February 2003. By April, the Miami-Dade County School Board supported a resolution to add WalkSafe as a required component of the Pedestrian/School Bus Safety Education Program.  Following the resolution, the WalkSafe curriculum was implemented in an additional 203 schools throughout the county.

Phase VIII - 2006
WalkSafe was implemented in 16 high-risk schools in Little Havana and Overtown during the 2006-2007 school year.

Phase IX - 2007-2008
With the development of National Safe Routes to School and increased funding, WalkSafe developed a statewide program to identify other high-risk areas/districts in Florida that could benefit from the curriculum. WalkSafe also continued dissemination of the curriculum to elementary and K-8 centers in Miami-Dade County.

Phase XI - 2010+
Since 2010, WalkSafe has continued the implementation of our program both countywide and statewide, along with the evaluation of our program components as we receive feedback from each region. We are expanding our encouragement projects and policy change efforts at the county and state levels, and building resources to make WalkSafe's safety lessons a household concept for schools, parents and children. 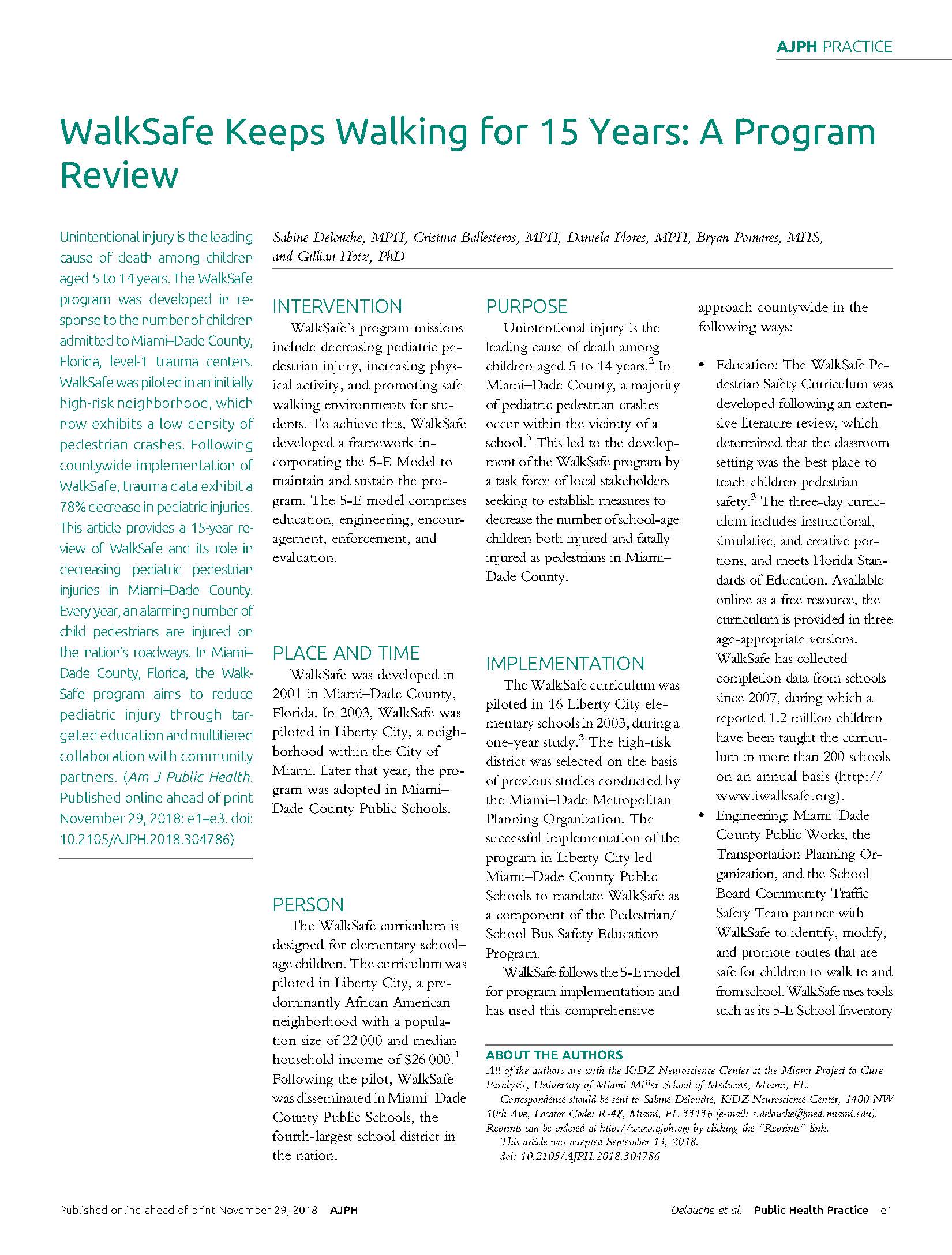 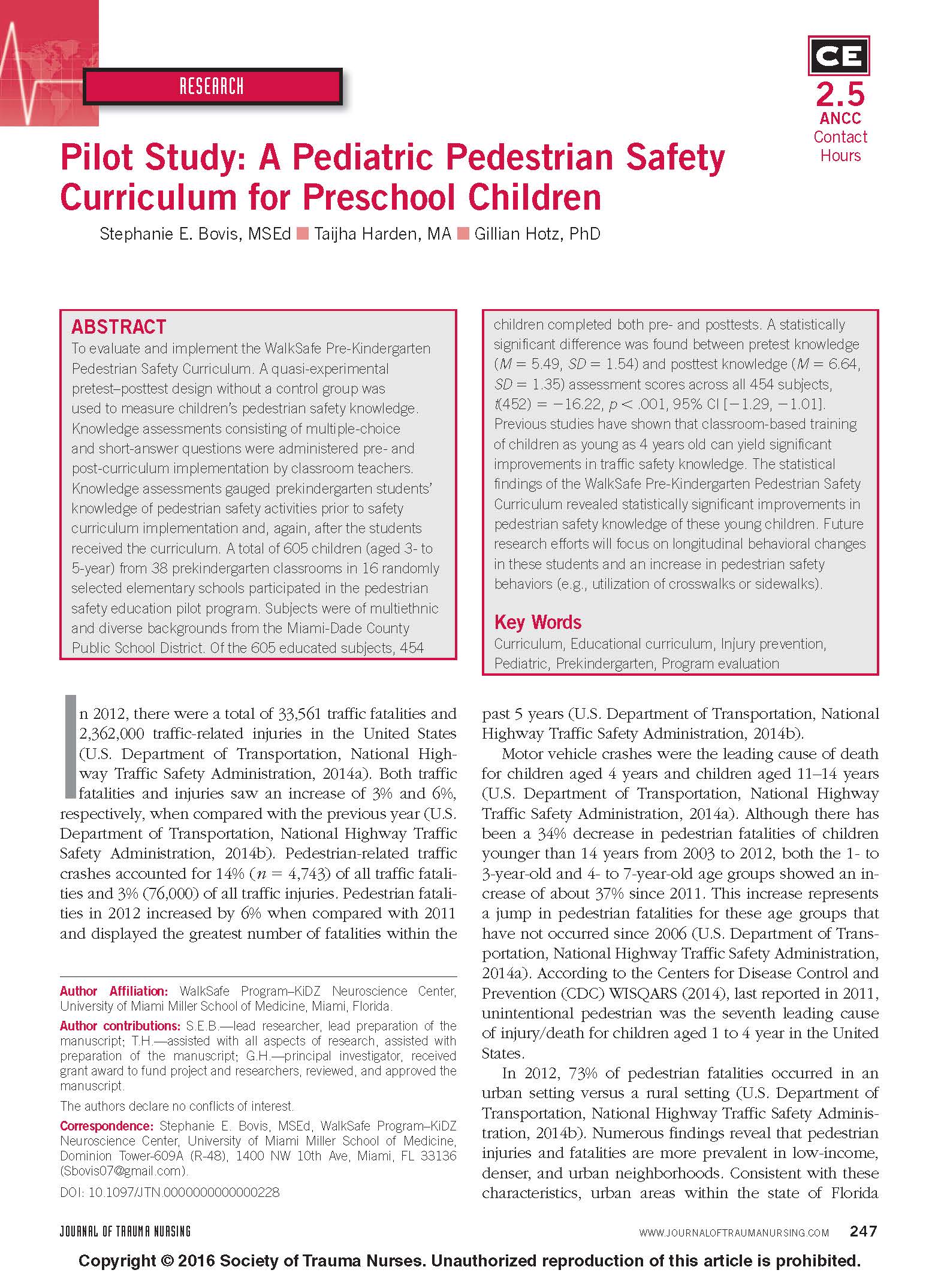 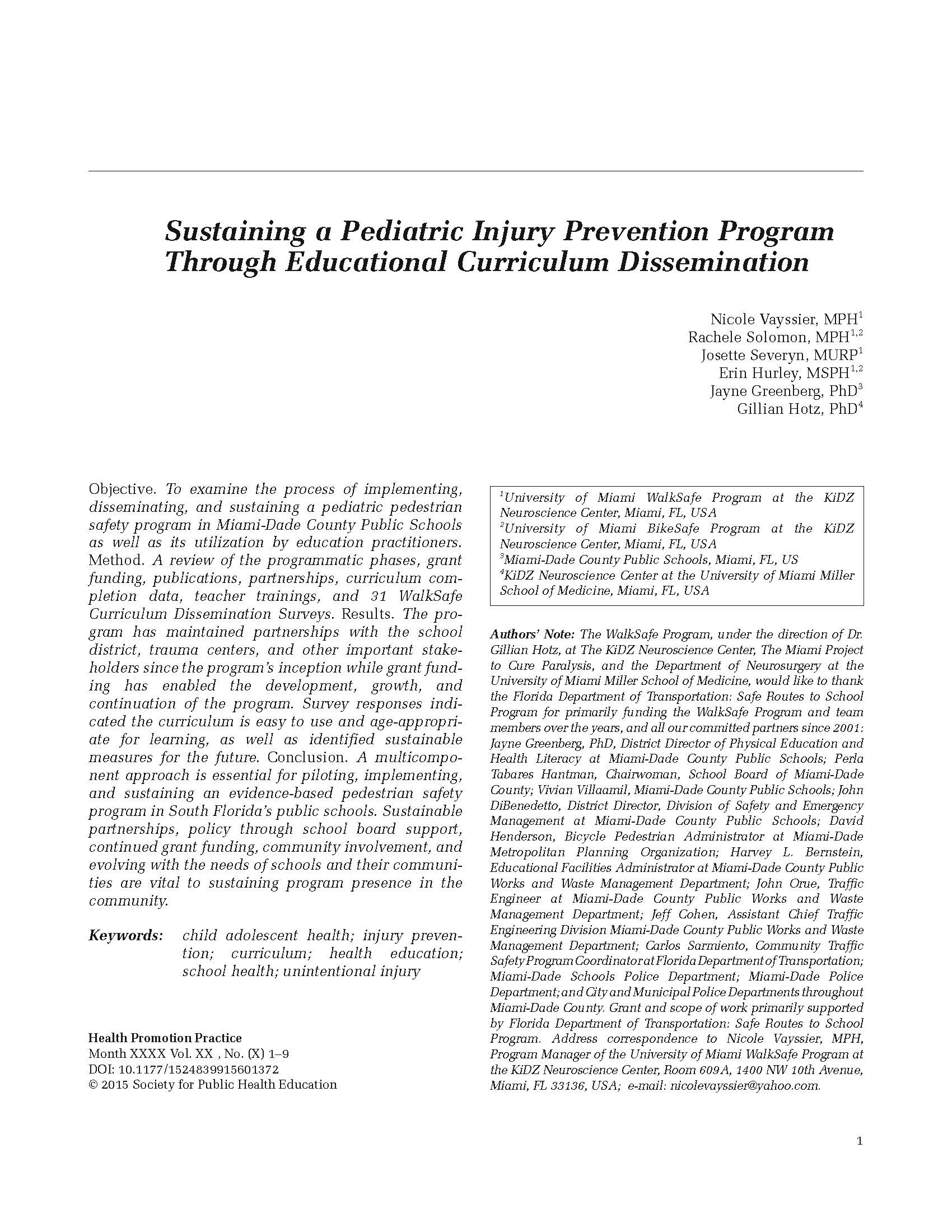 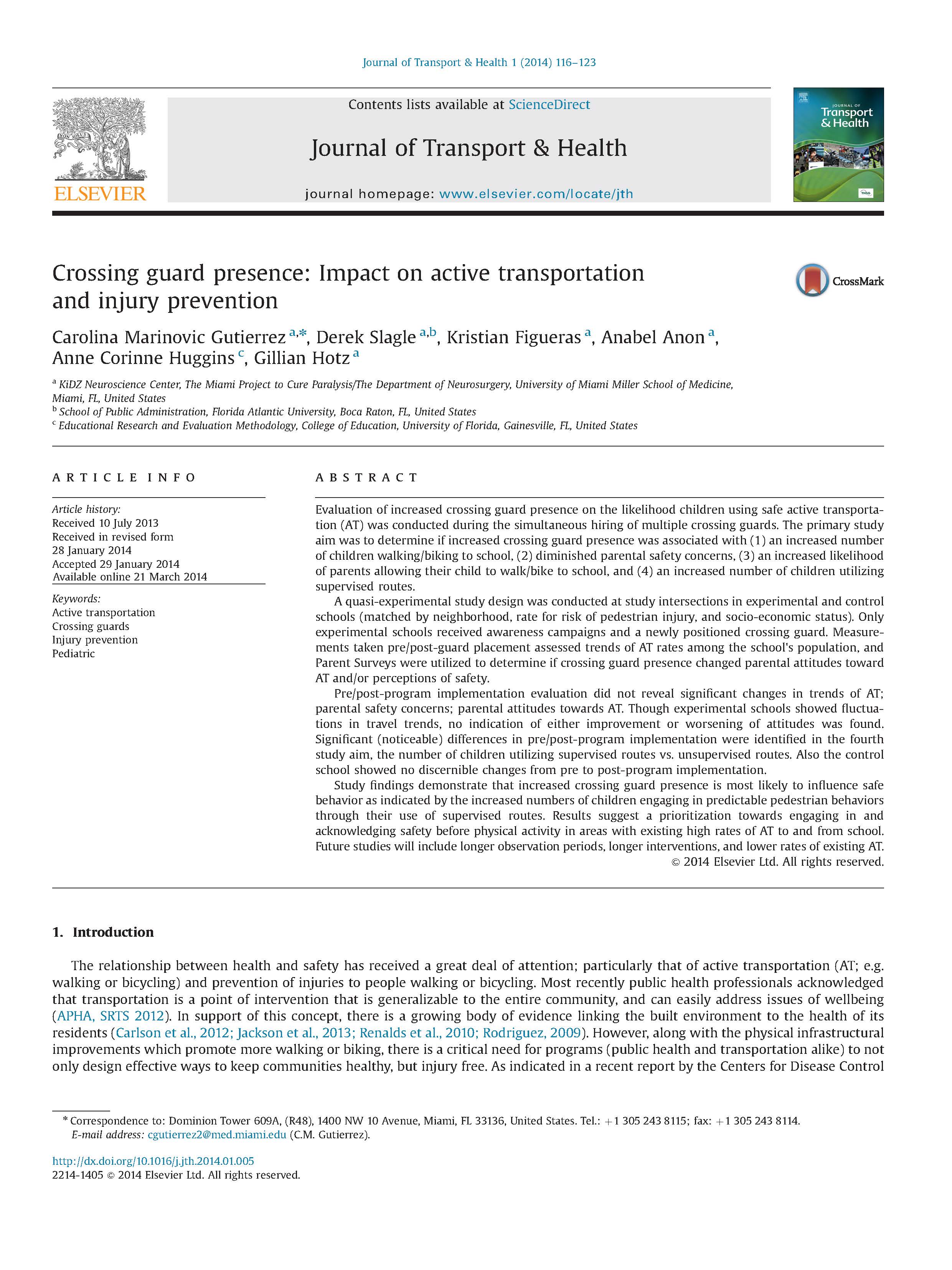 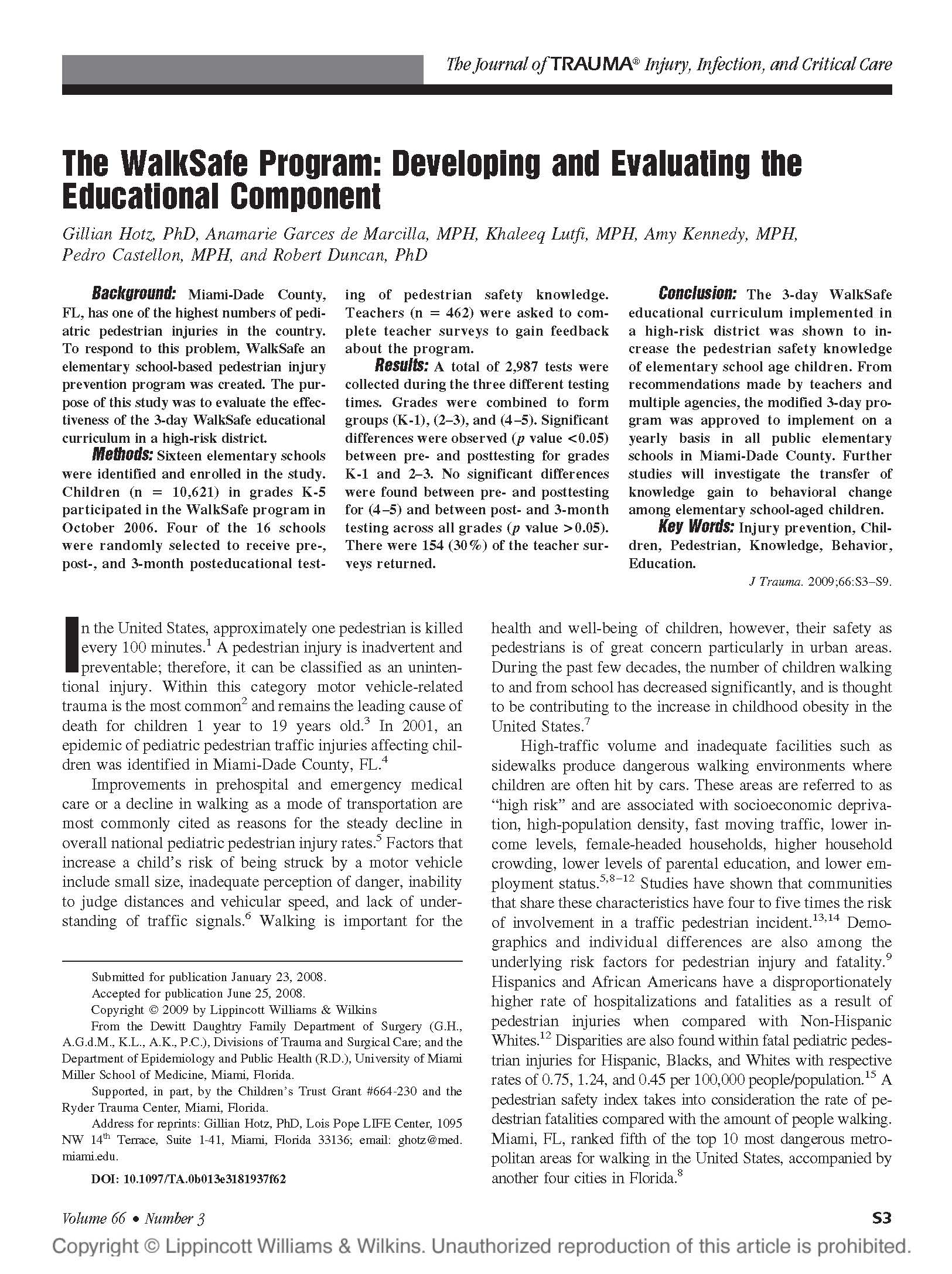 The WalkSafe Program: Developing and evaluating the educational component (2009) 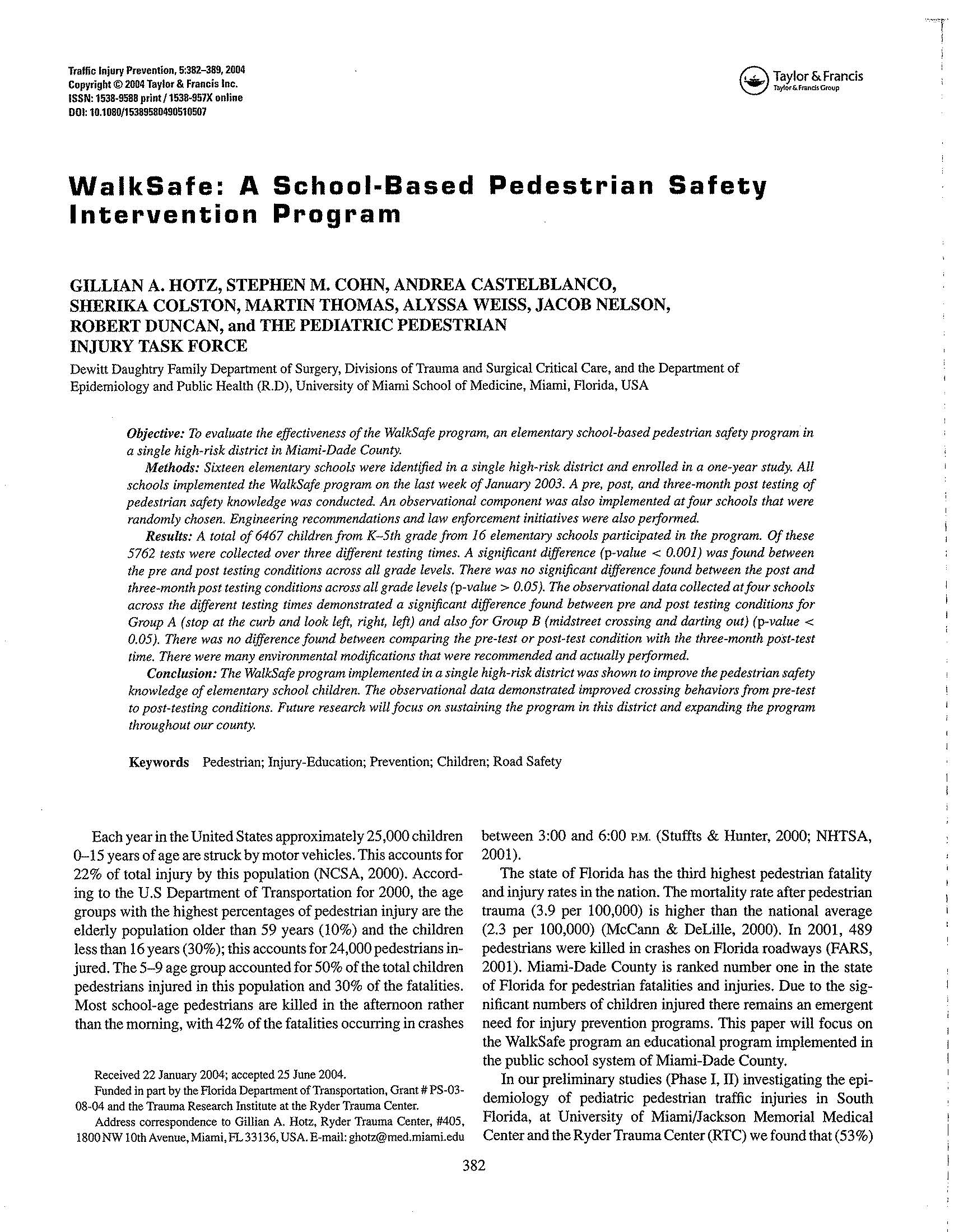 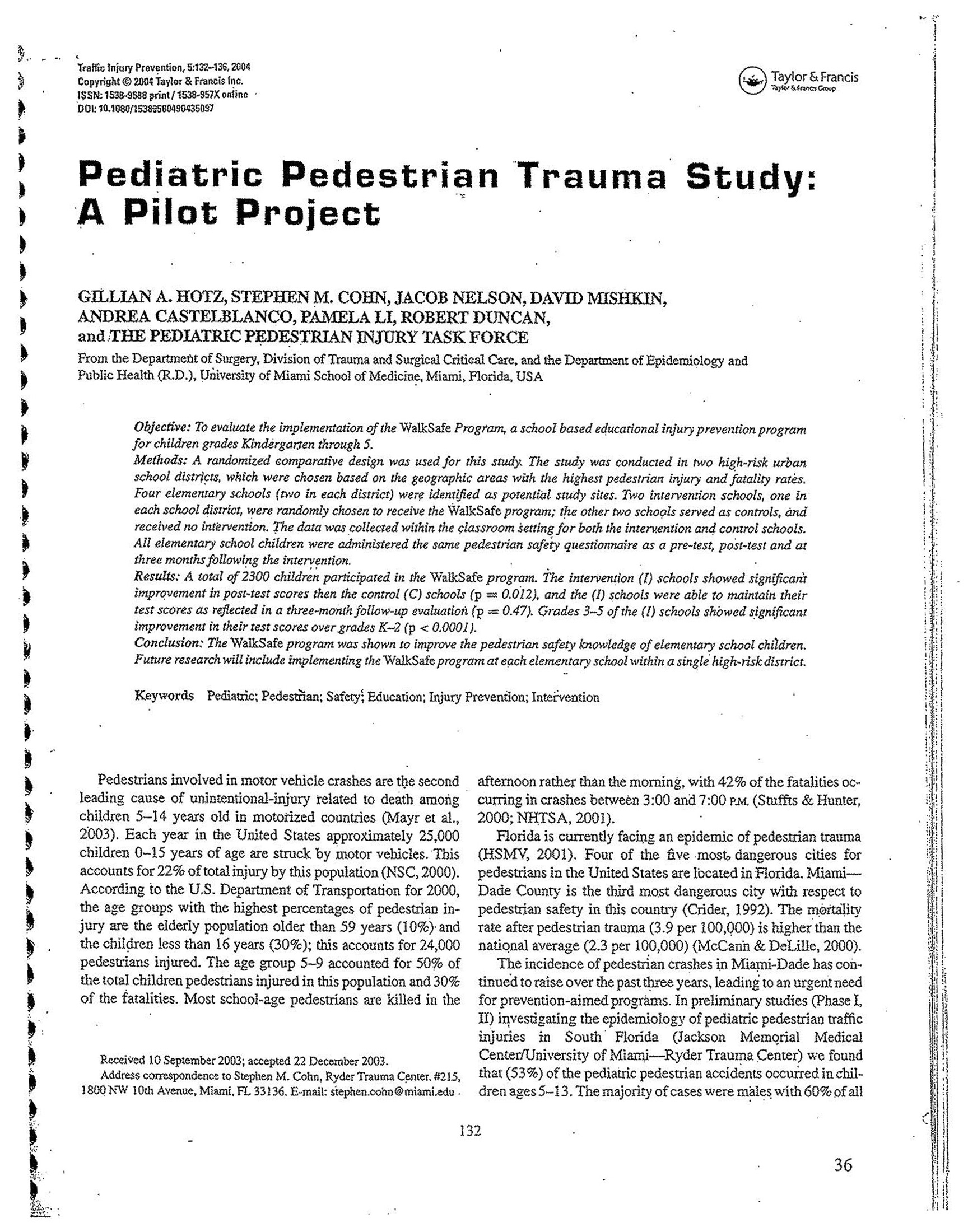 For general questions about the WalkSafe Program, please call 305-243-8115.
Use of this site is an acceptance of our Terms of Use.